Xiaomi Ninebot recently teamed up with Lamborghini to develop a high performance version of their wild popular electric go kart! Reaching speeds up to 25mph, the Italians definitely left their mark on this little beast! 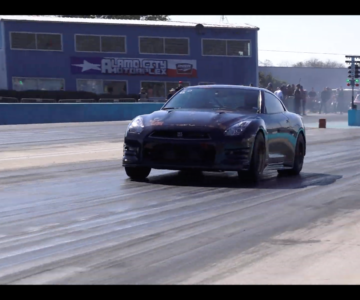 Godzilla decided it wanted to go mix it up with the big boys! Let’s see how the R35 Nissan GTR/JDM beast stands against the field at this no prep drag racing event!

“GTR’s are not known to go no prepping but this import is breaking all the norms. We caught up to this gtr grudge racing on a Friday night which had a good showing and then the next day raced some fast cars as well. Small tire cars in no prep are really fast but this gtr did not back down for the challenge. GTRs mainly have been seen doing highway pulls but this one hopefully will bring the trend of more imports in no prep.”

“Watch this epic 1/4 mile drag racing battle between the Tesla Model X P90D Ludicrous taking on a Ferrari 458 Italia in a heads up drag race at our recent StreetCarDrags.com event at Palm Beach International Raceway. Should we get the new Model X P100D? Comment and Like below!”