get a load of some of this crazy action from this past weekend’s TX2K20. Corona Virus (Covid-19) put a stop to a lot of the action form a fan’s standpoint but the races went on! Some of the fastest street cars on earth would not disappoint either! Wait till the end for the insane $10k 2JZ final!
“Though the Coronavirus prevented spectators from attending Day 3 of TX2K20, it didn’t stop the racers from tearing it up! Several records were even broken! The fastest pass in TX2K history, as well as the fastest side by side pass, the IRS record, Viper wheelies, and so much more went down on the final day of this incredible event!”
PICS: 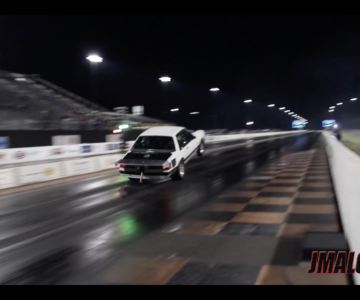 This bottle fed Foxbody Ford Mustang truly has split personalities! On motor is seems to be your everyday street-beater…On Juice its a wheel-standing pissed off ex-wife coming for your pension! Enjoy!

That had to hurt!

“One of the CRAZIEST wheelies for a Honda S2000 went down at World Cup Finals (Import vs Domestic) today – Maybe THE craziest ever! We saw this car pull the wheels at TX2K10 in Texas in 2010 with the previous owner, and he really put on a show for the crowd!

This 2JZ Honda S2000 had a little too much power in it for how sticky the track was here at Maryland International Raceway – The car went up on the BACK PARACHUTE for 10-15 feet and came down HARD when the tires hit the pavement again.

We were very disappointed to hear that the wheelie had damage a lot more than the driver had expected once they inspected it, but they told us they will be back even stronger next year!”