“Among Nissan GT-R enthusiasts, 2017 is turning out to be a milestone year. The model year started with a major makeover for both the GT-R Premium and GT-R NISMO – and caps off with the North American debut of the limited production GT-R Track Edition at the New York International Auto Show. The show runs April 14 – 23 at the Jacob Javits Convention Center.

As the third model in the GT-R lineup, the Track Edition occupies a unique position between the “T” (touring) and “R” (racing) sides of the GT-R equation. Designed to deliver a higher level of performance than the GT-R Premium, the Track Edition features elements of the flagship GT-R NISMO, though retaining the GT-R Premium model’s 565-horsepower engine rating (versus the GT-R NISMO’s 600-horsepower version). The new GT-R Track Edition has a starting MSRP1 of $127,990 and will be available late summer 2017 by order only at GT-R certified Nissan dealers nationwide.

“The new GT-R Track Edition gives buyers a specialized model, one true to GT-R heritage and available only by special order,” said Michael Bunce, vice president, Product Planning, Nissan North America, Inc. “Building on the major upgrade to every GT-R for 2017, the Track Edition is an amazing package inside, outside and under the skin.” 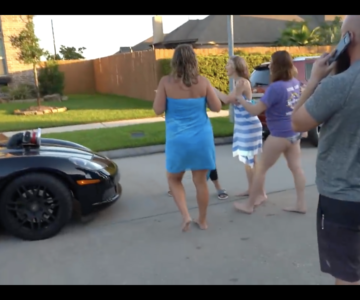 Some people are just pure haters…Here “Cookout Karen” and her cop hubby call the cops to stop a Childs birthday parade! A Couple fist fights later the complainants end up taking a ride to the big house! 🤣🤷🏾‍♂️ #KARMA

“We got a bunch of race cars together to go give one of our friends sons a birthday car parade and most people were loving it except for this KAREN. She took it upon herself to block off the road and call the cops but she didn’t realize the cops would side with us! This was awesome and Happy Birthday Gavin!”

Residents of the neighborhood invited the guys back! 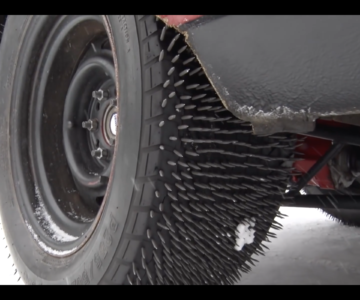 Now you know you are putting the power to the ground if you can do wheel stands on ICE!

“Now this is one AWESOME race-couple! Perry and Ruth are no strangers to the annual Merrill Ice Drags. Hosted in Merrill, Wisconsin – where automotive enthusiasts from around the area gather to get an early start on the race season. It’s a unique opportunity that we, and I’m sure A LOT of you would love to participate in during the 4-5 months of off-season brought on by the winter weather. Thanks for showing us the ropes Perry, and thanks for making us feel right at home!”