“The first race of the day was Birdman vs Gaylen Smith. Birdman does it again, he’s gotta be the best grudge racer out there.
Bounty Hunters II No Prep Grudge Race, San Antonio, Texas” 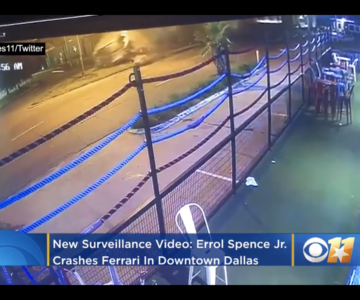 As most probably know by now, welterweight boxing champion Errol Spence Jr was involved in a terrible rollover Ferrari crash in his hometown of Dallas Texas. Surveillance footage of the violent crash has now been obtained showing the white Ferrari rolling multiple times. At this time it is not known if alcohol played a factor in the incident. We hope that the Champ is ok!

“The crash happened just before 3 a.m. on South Riverfront Boulevard near downtown Dallas and it involved only one vehicle — a white Ferrari. Katie Johnston reports.”