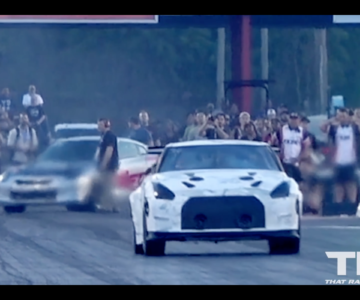 “Tony Palo and the T1 Race Development team put on quite a show at TX2K18. They brought out an army of GTR’s and they were running STRONG! Congrats to the team on its first GTR 6 second pass. Can’t wait to see what Tony has in store for the new setup in his GTR. From Viceland “States Of Undress”