“In this video you can see a crazy badass Ferrari 458 Italia hits the rev limiter! The car is modified with a Prior Design widebody kit and it’s equipped with a straight piped Capristo exhaust system! This incredibibly and truly gorgeous 458 generates some amazing exhaust sounds!” You’ve Never Seen Grandpa’s Impala Move Like This!
“**Warning Headphone Users** This Impala is loud as F*@%! It’s one of the most DEAFENING pump gas cars we’ve seen this year at both Street Car Takeover – St.Louis as well as Drag Week. Weighing in at nearly 5,000 pounds – you probably wouldn’t expect this Procharged TANK to pull the front wheels, and bust out an 8 second pass! But it did with ease – and looked good doing it. Major props to the owner – who’s been racing this beast since the 90’s!”
PICS: 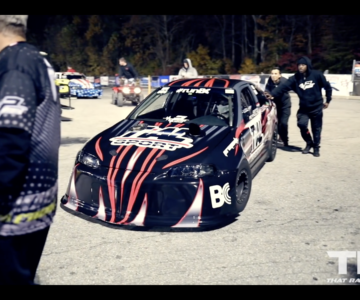 Man that Civic was MOVIN!!! Looks like Cleetus and Leroy were on the bad end of an AWD Honda Civic World Record pass! 😂

“During 2018 Import vs Domestic World Cup Finals we witnessed one of the baddest AWD hondas in the game. Prayoonto Racing put on quite a show setting the world record for quickest and fastest awd honda civic in the world. Congrats to everyone involved!”