“This Toyota Supra has a 98mm turbocharger bolted to the 6 cylinder 2JZ-GTE engine making 2,400 horsepower to the crank and 1,700 horsepower to the wheel! Not only that, but these guys have transformed this badass Supra into an absolute immaculate piece of art! Going fast AND looking pretty! Another fun fact about this car is that this was it’s first time out in 3 years and right off the trailer, this thing put down a 7 second pass…woah!” 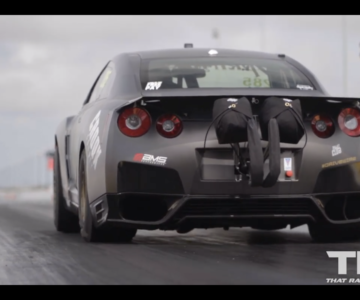 First off, if you’re gonna fly past the cops at 100+mph in a Mclaren 720S…You may as well have kept going! Aside from that the female officer in this video has a serious case of “LEAD FOOT” as she pushes her Dodge Charger Pursuit police cruiser to 143 mph to keep up with the supercar.

“Man drives 155 mph in an exotic sports car and gets caught!

While one of our officers was traveling on Ga. 400 early Sunday morning, she noticed a McLaren sports car fly past her. She clocked the vehicle which reached speeds as high as 155 mph. Our officer activated her emergency equipment and attempted to try to pull the vehicle over. After several miles of traveling at dangerous speeds our officers was about to call off the chase when suddenly the vehicle came to a very abrupt stop with heavy smoke coming from the vehicle’s brake pads.
Our officer approached the vehicle and noticed the driver’s eyes appeared to be glassy. She also noticed a strong smell of alcohol on his breath.

After failing a field sobriety test, the driver was taken to jail for DUI, speeding, failing to maintain lane and driving with an expired tag.

Thank goodness no one got hurt.

Attached is the unedited dash-cam video.”